From Greta Thunberg’s passionate climate advocacyto concerns about the efficacy of multilateralism that the UN represents, there was no shortage of news from the 74th UN General Assembly. Despite only having ten years left to achieve the SDGs, recent reports are bleak. Of more than 1,000 CEOs surveyed, only 21% said businesses play an important role in reaching the SDGs. The UN Green Climate Fundonly has assets of $7.3 billion, the size of Cornell University’s endowment in 2018. It will take 202 years to reach gender parity. Indeed, progress on the SDGs has been so slow that we are in danger of going backwards.

I can see why critics say that the Sustainable Development Goals (SDGs) only exist within the rarefied bubbles of NYC and capital cities or are merely a marketing gimmick labeled as corporate responsibility. There does remain a language or jargon barrier for acronyms like SDGs and global frameworks from the UN, which are often perceived as out of touch with the lives of communities and individuals across the US and around the world. And while most initial efforts around the SDGs specifically named alignment with the global goals, it seems like newer efforts are less focused on using the buzzwords associated with “SDG work” … because really, most things are SDG work.

And yet - while excitement around the SDGS in the US may look different than it did when the goals were launched under an Obama administration in 2015, there is still momentum and excitement about “leaving no one behind” by 2030. Today, we see a rise in city leadership on achieving the SDGs, with Pittsburgh becoming the latest US city to adopt the global goals and commit to reporting progress to the UN. There are also new groups picking up the banner and adopting the SDGs to fit their own local contexts, in the US and around the world.

If we truly want to achieve the ambitious targets of the global goals, there is no doubt that foundations have an important role to play in the next 10 years. Hopefully these examples are a good illustration of why philanthropy should get involved:

The Council took part in many of the philanthropic side events during UNGA and amplified philanthropic voices on our blog about how they’re working on the SDGs.

We’ll continue to play an active role in SDGs in the United States and look forward to amplifying philanthropic leadership on this important work. 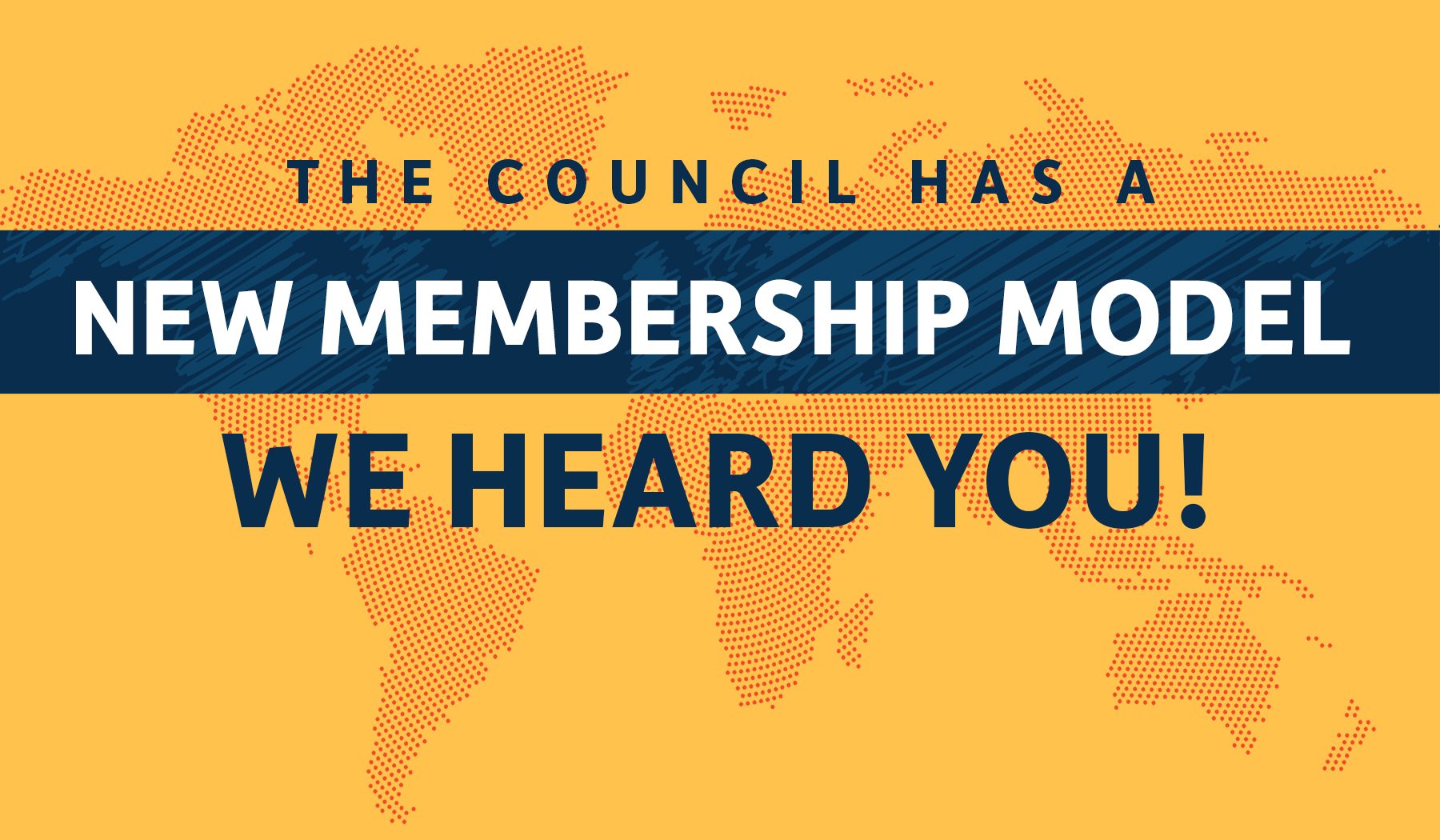 A New Approach to Membership! We heard from more than 500 philanthropic leaders over the past year and are taking a new approach to membership. This new model, built on equity, transparency and trust is designed to better meet the needs of our members.

The new model is based on self-reported data in your most recently completed fiscal year, making it easy for you to quickly calculate your new membership amount. To determine what your membership contribution will be next year, please visit www.cof.org/membership. We look forward to welcoming you back to the Council community.

Greta Thunberg got the world's attention. But are leaders really listening? – CNN

Climate was the key focus of UNGA this year and despite a lot of talk, actual progress on climate has been disappointing.

The annual report on progress towards the SDGs focused on inequality this year.

India | All signs are pointing to India becoming increasingly more complicated for international grantmaking. The government continues to crackdown on NGOs in the country and has recently declared that all staff at foreign-funded NGOs must declare they have no role in religious conversion. This is just the latest in a long and sweeping trend of limiting the activities of foreign-funded NGOs under the Foreign Contribution Regulation Act (FCRA), which defines the NGOs that may legally accept foreign funds. Amidst critique around the ongoing crisis in Kashmir and concerns about mass detention centers in Assam, it’s likely that working in India will continue becoming more, not less, difficult for U.S. foundations.

Nigeria | The Nigerian army has recently shuttered the offices of Action Against Hunger and Mercy Corps. In the northeastern part of the country, Boko Haram maintains an active insurgency and the government has been unable to provide necessary resources to people in the region. NGOs have filled these gaps but are accused by the military of not properly vetting their beneficiaries and of providing support to suspected terrorists.

Office of Foreign Assets Control (OFAC) and Executive Order 13886 | On September 10, President Trump signed Executive Order 13886, targeting correspondent banking relationships and amending the infamous EO 13224, which President Bush signed in the aftermath of September 11, 2001. This new EO could have massive repercussions in the financial sectorand drastically worsen the trend of bank de-risking, or the closing of high-risk bank accountsthat often impacts NGOs and international funders.

Gaza | NGOs working in Gaza continue to be sued under the False Claims Act for allegedly lying to the US government about their work in Palestine. A case against Oxfam Great Britain was recently unsealedand accuses the organization of working with Hamas-affiliated ministries while receiving funding from USAID. Oxfam GB has rejected the lawsuit. The Zionist Advocacy Center has previously filed suits against other organizations, including the Carter Center, accusing the organizations of providing material support to terrorist groups. With the cut in US government funding for the Palestinian Authority and the rise of “lawfare” cases, US funders should take precaution before funding in this area.

Foreign Agent Registration Act (FARA) | We continue to see movement at the Department of Justice around the Foreign Agent Registration Act. More organizations are registering under FARA amidst increased scrutiny of high-profile cases and statements from DOJ, indicating a ramping up of enforcement. DOJ has also just created an enhanced system for filing under FARA known as “eFile”. Last year, more than 20 individuals and entities were charged with FARA violations, which is more than the total number of cases in the last 50 years. Today, there are more than 80,000 filings online and we expect this number to continue to grow.

This new resource from The Philanthropic Initiative proposes Powerful Practices for funders who give internationally.

Colombia has now taken 1.4 million Venezuelans and is facing myriad challenges in how it responds.

After a Caribbean Hurricane, the Battle Is Where, or Even Whether, to Rebuild- NYT

Hurricane after devastating hurricane has led some in the region to question the future of their homes and their countries.

In Hong Kong’s Crackdown on Protests, Face Mask Ban May Be the Start - NYT

After a protestor was shot, the crisis in Hong Kong continues to escalate and recent emergency actions may be just the beginning.

The US has given a stamp of approval for Turkey to conduct military operations in Syria, angering Kurds who had fought with US support against the Islamic State.