Bringing the community together in unexpected ways: A successful online giving challenge

In conjunction with our 90th Anniversary, the Connecticut Community Foundation hosted our first online giving challenge, Give Local Greater Waterbury and Litchfield Hills in November 2013.

Our goal was simple -- to raise as much money for area nonprofits as possible in an intense 36-hour period. And we succeeded: the challenge injected over $642,000 into 125 participating nonprofit organizations and inspired over 3,700 donations from 29 states.

But beyond financial success, we were surprised and excited to see the event bring the community together in unexpected ways. One particularly wonderful story unfolded in the final hours of the challenge and involved Pratt Nature Center of New Milford and Children’s Community School (CCS) in Waterbury.

Contending for the Lead

These two organizations were vying for the top number of gifts. Ultimately, CCS edged out Pratt by just two. “I sat in front of my computer watching the numbers! While I sat there, I took the opportunity to find out about CCS as they took the lead. I went through their website and read their story” comments Bill Pasnau, President of the Pratt Nature Center Board of Directors.

After the event, Diane Swanson, Executive Director at Pratt, contacted CCS to congratulate the group on its success and to invite CCS students to visit Pratt. CCS responded with great enthusiasm and since then the two organizations have laid the groundwork for a long and fruitful collaboration.

A world other than concrete and asphalt 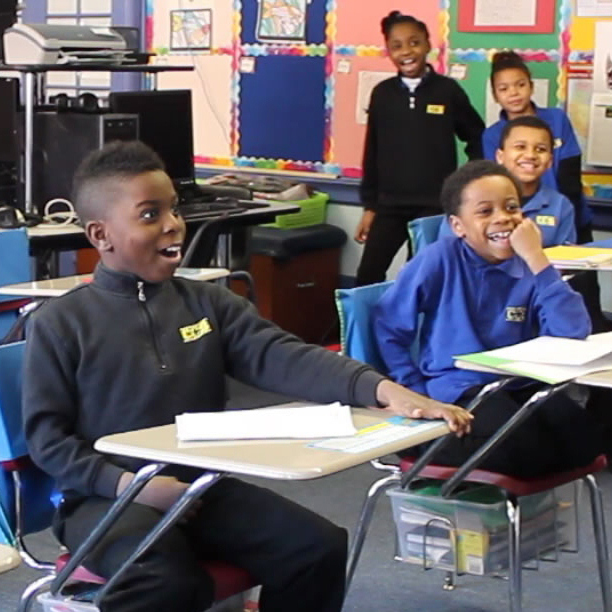 4th grade students at Children’s Community School react to a photo of a very large turtle during a presentation given by Diane Swanson, Executive Director of Pratt Nature Center.

When Swanson and Pasnau visited CCS in February, students were overjoyed to hear Swanson’s presentation. “As inner-city children, these students have little to no exposure to a world other than concrete and asphalt. This partnership will bring the natural world into their lives in a way they could never otherwise have experienced or learned from a book” explains Arri Sendzimir, CCS Development Director.

In addition to the interactions that have already taken place, administrators are planning more extensive collaborations. The 5th and 6th grade students in the CCS Summer Bridges Program will visit Pratt on an on-going basis to gain a greater appreciation of the outdoors through hands on learning experiences. Swanson adds, “I am hoping to get the kids digging in the veggie garden, meeting our farm animals, catching frogs in the pond and exploring the river.”

Connecticut Community Foundation is thrilled that Give Local helped bring Pratt and Children’s Community School together. We look forward to hearing more about how CCS are exposed to the wonderful resources of Pratt Nature Center while creating opportunities for the school to share its special programs – such as Bravo Waterbury!, an after school intensive music program for students – with Pratt.