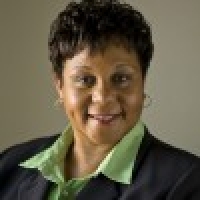 Janet Y. Spears is the Foundation’s Chief Operating Officer. As COO, she created a new function aimed at enhancing services to donors. She led the improved the efficiency of the Foundation’s complex structure by which gifts are accepted, the Foundation’s Community Investments, and the initiatives of the Private & Public Partnerships function, which manages the Foundation’s relationships with the government, non-profit and business entities.

She also intensely collaborated on broad-scale enhancements to the Foundation’s human resources function. Prior to her appointment as COO, she served for four years as Managing Director of Development & External Relations, where she was responsible for growing the Foundation’s base of donors, as well as relationships with its 500-plus current donors comprising individuals, families, corporations, and other organizations.

Before joining the Foundation in 2008, she was an Executive Director in AT&T Marketing, where she created an initiative focused on customer benefits associated with recent mergers. As a Vice President in Strategic Sales, Engineering & Operations, she led a national sales team of 75 professionals responsible for business development. She also has experience managing technical support functions, and marketing technical network solutions.

In her spare time, Spears was Chief Financial Officer for a $2 million non-profit organization, in which she oversaw the budget, including raising revenue. She also organized volunteers and implemented community and school-based projects.

She serves on the governing boards of the Alumni Association and the School of Engineering and Computer Science Dean’s Council, both at the University of the Pacific.