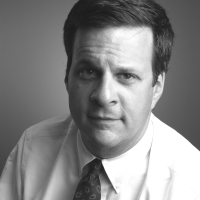 Kevin Murphy joined the Berks County Community Foundation in Reading, Pennsylvania as its president and first employee in 1994. In 2008, Murphy was named chairman of the board of The Funders Network for Smart Growth and Livable Communities. Murphy also served two terms as president of Community Foundations for Pennsylvania. Murphy is currently the chair of the board of directors of the Council on Foundations and serves on its executive and governance committees. In 2001, Murphy was selected as a German Marshall Foundation Transcontinental Fellow to serve as a consultant to the Togliatti Community Foundation in Russia. Murphy graduated from Penn State University with a degree in Speech Communication and Business. He holds a Master of Science degree in Community Leadership from Duquesne University. In 1990, Murphy was named Special Assistant to the Pennsylvania Secretary of Aging. After leaving the Department of Aging in late 1991, Murphy worked as a consultant in the retirement and nursing home industries.