The State of Change: An Analysis of Women and People of Color in the Philanthropic Sector 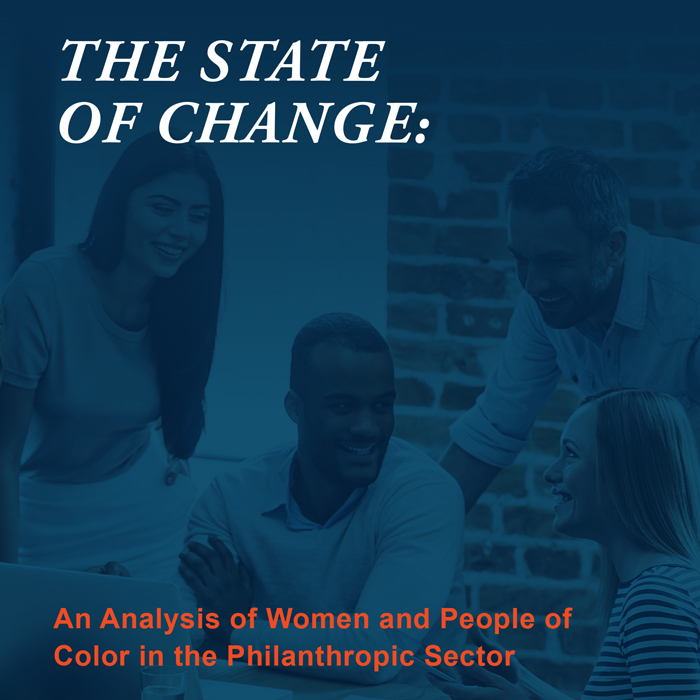 The Council’s report, The State of Change: An Analysis of Women and People of Color in the Philanthropic Sector, examines the demographics of the philanthropic sector, looking back over the last five and ten years, with a specific focus on the representation of women and people of color. The data has been sourced from the Council’s Grantmaker Salary and Benefits Survey, representing a rich set of data points from more than 1,000 grantmakers, including data on nearly ten 10,000 full-time paid professional and administrative positions.

Some of the key findings from this report:

This latter point has implications on the ability for new talent to enter for the field of philanthropy and for the sector to truly move the needle with regard to the demographics of the field.

This report raises a number of important questions about why there hasn’t been more change in the diversity of our institutions in recent years, despite the steps taken to create a more diverse and inclusive philanthropic sector. The report also includes a discussion guide designed to facilitate dialogues between foundation leaders, their board members and their staff.

The State of Change: An Analysis of Women and People of Color in the Philanthropic Sector

Leadership Insights: What Foundation Executives and Trustees are Saying About Diversity and Inclusion