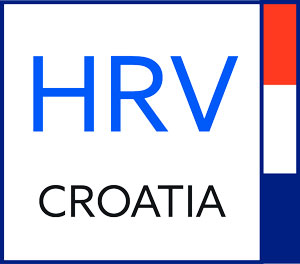 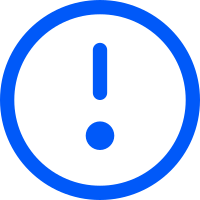 The purpose of this resource is not to provide legal advice, but rather to give grantmakers and their advisors an opportunity to access potentially relevant materials in a quick and meaningful way. For these NGO law resources, we recognize that the legal and regulatory situations are often fluid and interpretations of local law vary. Please be advised that the Council on Foundations and ICNL are not liable for inaccuracies in these resources or accompanying translations.

If you believe any information in this NGO law resource is incorrect, please inform Lily Liu at the International Center for Not-for-Profit Law of any necessary corrections. For all other questions related to accuracy of non-legal resources within Country Notes, please contact Brian Kastner.

Current as of December 2020 | Download print version (in PDF)

This section describes the legal framework governing nonprofit organizations (also known as non-governmental organizations or NGOs) in Croatia, and includes translations of legislative provisions relevant for a foundation or advisor undertaking an equivalency determination of a foreign grantee under IRS Revenue Procedure 92-94.

These reports have been prepared by the International Center for Not-for-Profit Law (ICNL). Please direct corrections and comments to Lily Liu.

We include hyperlinks to the following information, to the extent available:

A. Types of Organizations

Other not-for-profit legal forms, which are outside the scope of this Note due to their limited interaction with U.S. grantmakers, include political parties, minority councils, trade unions, economic interest associations, not-for-profit institutions, and religious organizations.

NPOs are generally exempt from paying profit tax, including on foreign grants and donations. Tax is imposed, however, if the NPO engages in for-profit activity and if an exemption from the tax would, in the view of the Tax Administration, confer upon the NPO an “unjustified benefit” in the market. If the Tax Administration believes the NPO’s activities would confer upon it an “unjustified benefit” in the market, then profit tax is imposed for particular activities.

Businesses and other legal entities may deduct donations to NPOs for a broad range of public benefit activities up to 2 percent of gross income realized in the previous year, although the threshold may be raised under certain circumstances and with the approval of the relevant ministry.

Value Added Tax (VAT) is required to be collected by entities (including NPOs) that have turnover exceeding 300,000 kuna (approximately $47,000) in a given year. Certain transactions are exempt from VAT, including the purchase of goods and services by charities or religious, patriotic, philosophical, or other public benefit NPOs for the benefit of their members (in exchange for membership fee) provided that they do not affect market competition.

Foundations can be established as PBOs, but only if the purpose of establishment fits the prescribed criteria (Law on Foundations Article 3).

An association cannot perform any activities for the purpose of gaining profit for its members or third parties. Any profit that the association generates must be used exclusively to advance the purposes set forth in its charter (Law on Associations Articles 30(2), 31(2)). The law does not regulate the compensation, awards, or expense reimbursements by the association.

As a general rule, members of a foundation’s governing body are unpaid. They may receive appropriate compensation if the foundation’s charter permits it, but only from the foundation's income—not the principal (Law on Foundations Article 35(4)).

An association is not permitted to return donations and assets to the founders upon dissolution, even if its founding charter allows it. The property of a foundation may not be returned to the founders upon dissolution, but can be given to another foundation or association pursuing a similar purpose, or to local or regional governments (Law on Foundations Article 35(8)).

Upon dissolution of a foundation, its assets are ordinarily distributed in accordance with its Letter of Establishment or its governing charter to another foundation pursuing similar purposes, or to an association with similar goals, or to local or regional governments (Law on Foundations Article 35(8). If none of those distributions is possible, the property is assigned to the local government of the territory where the foundation is located (Law on Foundations Article 35(9)).

For all NPOs, including associations and foundations, specific activities are recognized as significant to the public benefit, and consequently are entitled to some tax benefits and other minor advantages. These activities are in the areas of culture, education, science, health, humanitarian aid, human rights, children, ecology, and social welfare.

A foundation may conduct economic activities related to its property; it may, for instance, lease its land or license its patents. It can also organize certain fundraising activities: humanitarian shows, occasional lotteries, the production and sale of publications and badges, and similar pursuits (Law on Foundations Article 34(3)). A foundation can conduct other economic activities provided that the activity is regulated by the foundation’s charter, and abides by special regulations stipulating the conditions for performing such activity (Law on Foundations Article 34(4)). For a foundation, as for an association, the law does not seem to limit the amount of resources that may be devoted to for-profit ends.

However, other than by serving as an election observer, an NPO cannot legally participate in a political campaign for public office. Under Croatian election law, this kind of political activity is reserved exclusively for political parties.

The Croatian Constitution forbids discrimination based on race, gender, language, religion, and other stipulated grounds (Constitution Article 14). The application of anti-discriminatory principles is more precisely described in the Law on Combating Discrimination (Official Gazette No. 85/2008, 112/2012). The laws addressing associations and foundations do not expressly require non-discrimination, however. The foundation law, for example, authorizes the creation of foundations that benefit members of a particular national, linguistic, cultural, or religious group (Law on Foundations Article 3(3)).

A. Income and Profits Tax

B. Deductibility of Charitable Contributions

Businesses and other legal entities may deduct donations to NPOs for a broad range of public benefit activities, including cultural, scientific, educational, health, humanitarian, sport, religious, ecological, and other activities up to 2 percent of the entity’s gross income realized in the previous year. However, the threshold may be raised if the donation is made on the basis of the decision of the relevant ministry for the pursuit of specific programs and actions.

Croatian law provides for a few VAT exemptions relevant to NPOs. The import of donated goods for the fulfillment of basic human needs—such as food, medicine, clothes, etc.—as well as equipment donated by registered humanitarian and charity organizations, is exempt. However the exemptions are not applicable to alcoholic beverages, tobacco products, coffee, tea, and vehicles other than ambulances (VAT Act Article 44). A service provided by an NPO to its members is also exempt from VAT if the members are paying membership fees or real expenses for the service, and if exemption from the tax would not violate principles of market competition.

Goods and services paid for with foreign monetary donations are subject to VAT.

The United States and Croatia have not entered into a double-tax treaty. Individuals and entities paying Croatian profit tax, however, can receive a credit for profit tax paid elsewhere, up to the amount that would otherwise be due in Croatia (Profit Tax Act Article 30).

[1] Croatian law also allows foreign NPOs and other entities to engage directly in activities in Croatia under certain circumstances. A foreign association or foundation can operate in Croatia if it abides by the Croatian Law on Associations (Law on Associations Article 21(2)) or Law on Foundations (Law on Foundations Article 20(2)). It must first seek registration from the competent body in the county or in the City of Zagreb. Applying for registration requires, among other things, providing copies of registration records from the association’s home country and the association’s governing statute (translated into Croatian), as well as identifying the individual who will represent the association in Croatia (Law on Associations Article 28). In addition, foreign legal entities and individuals (not just associations) can “perform the activities of social care” (Law on Social Care Article 6). “Social care” is defined as “organized activity of public interest aimed at providing support to socially endangered persons and those who have adverse personal or family situation” (Law on Social Care Article 3).

[2] An association may publish books and other materials, but only relating to its area of activity. It may sponsor games of chance once a year (Law on Games of Chance, Official Gazette No. 87/2009, 35/2013, 158/2013, 41/2014, 143/2014). It may undertake certain activities only after receiving a license, such as collecting and distributing humanitarian aid and providing psycho-social services.