New research by the Council on Foundations released today provides important benchmarking data on the salary, compensation, and demographics of U.S. foundations. The 2015 Grantmakers Salary and Benefits Report is the largest and most comprehensive report on foundation staff composition and compensation in 2015.

The report found that racial and ethnic minorities continue to be underrepresented at all staffing levels and that significant gender and age gaps exist within the philanthropic sector.

“The Council has been surveying the philanthropic sector annually for almost 30 years, and this benchmark data provides us with compelling information about ongoing challenges philanthropy faces, especially in addressing our diversity, equity, and inclusion shortcomings,” said Council on Foundations President and CEO Vikki Spruill. “This publication makes the internal workings of foundations and corporate giving programs more accessible, and we hope that this transparency will inform important discussions about the future of foundations and the field more broadly.”

The 2015 Grantmakers Salary and Benefits Report provides position, salary, benefits, and demographic information on independent, family, community, and public foundation employees as well as corporate grantmakers. The findings in the report are based on responses to an online survey of 951 grantmakers, which reported salaries for a total of 9,142 full-time paid professional and administrative staff members.

The following infographics may be used with source acknowledgement: 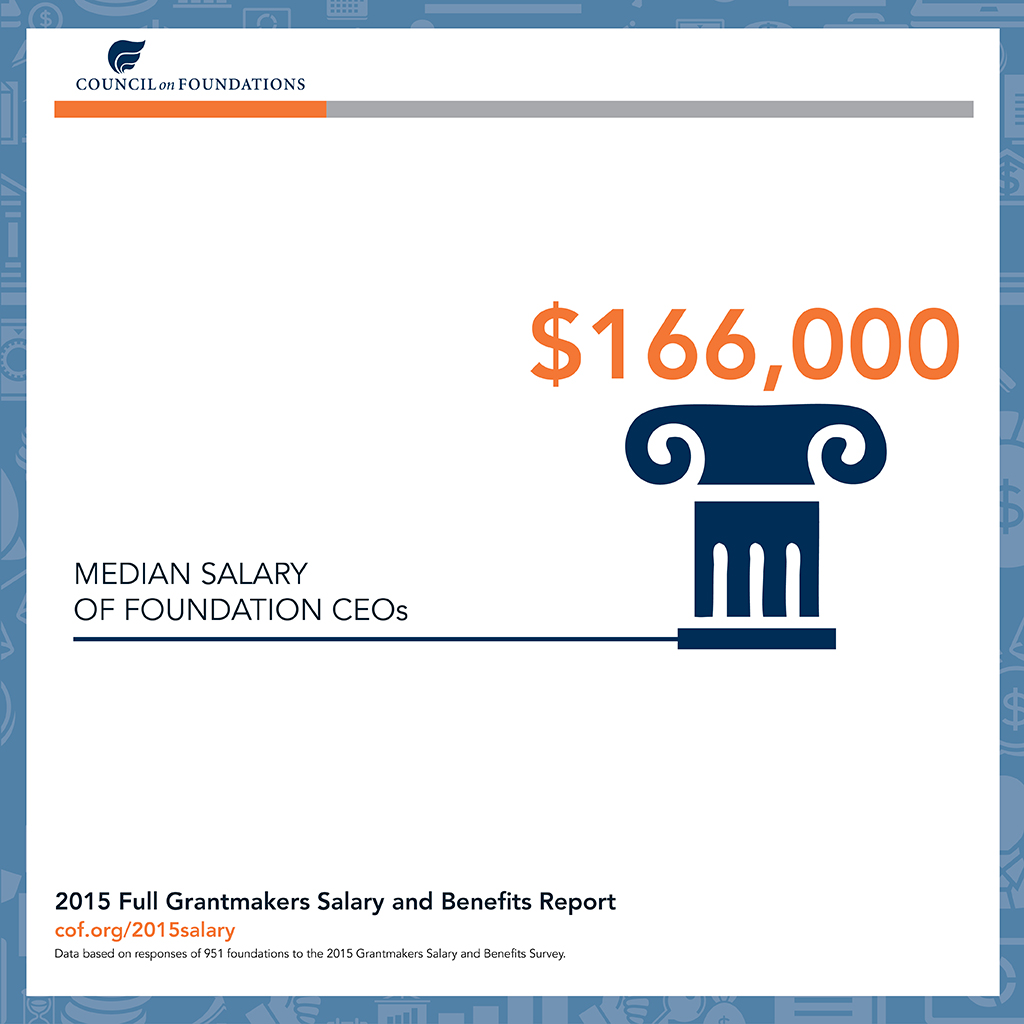 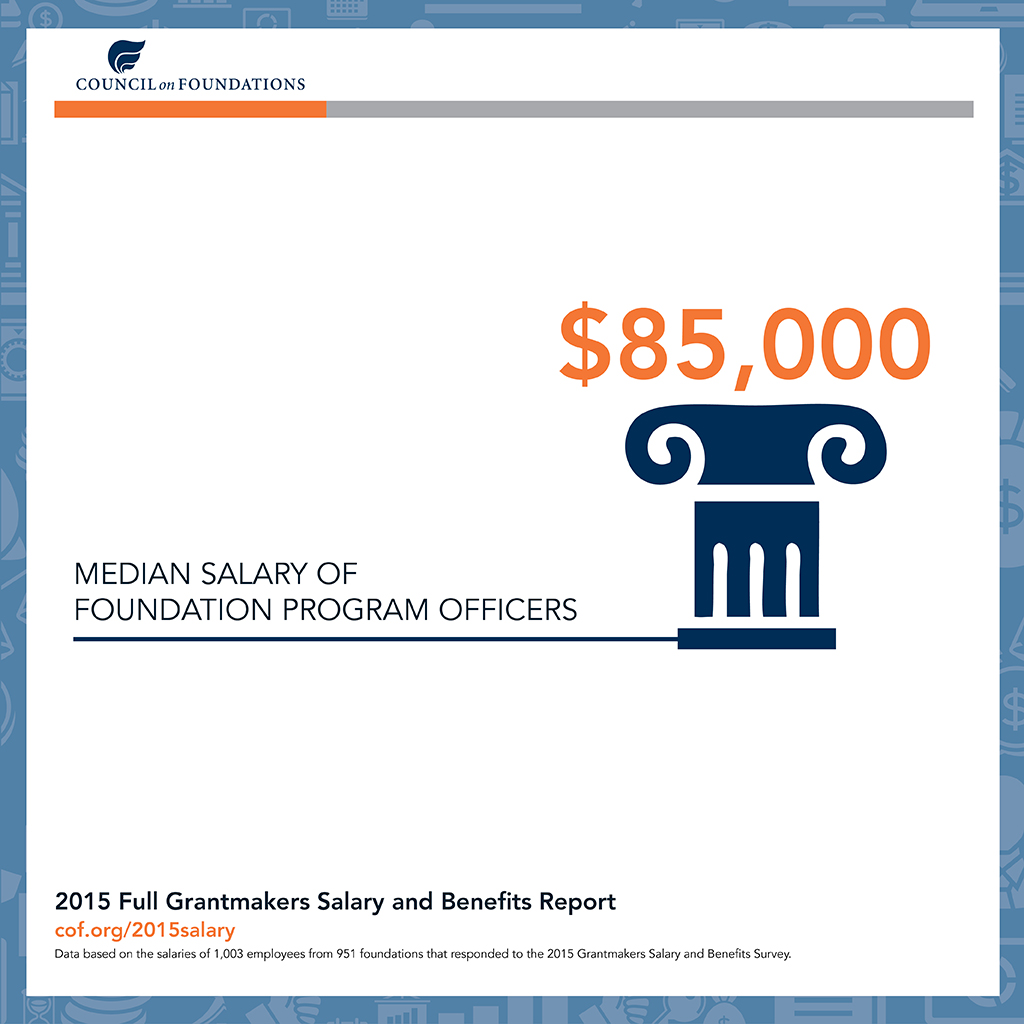 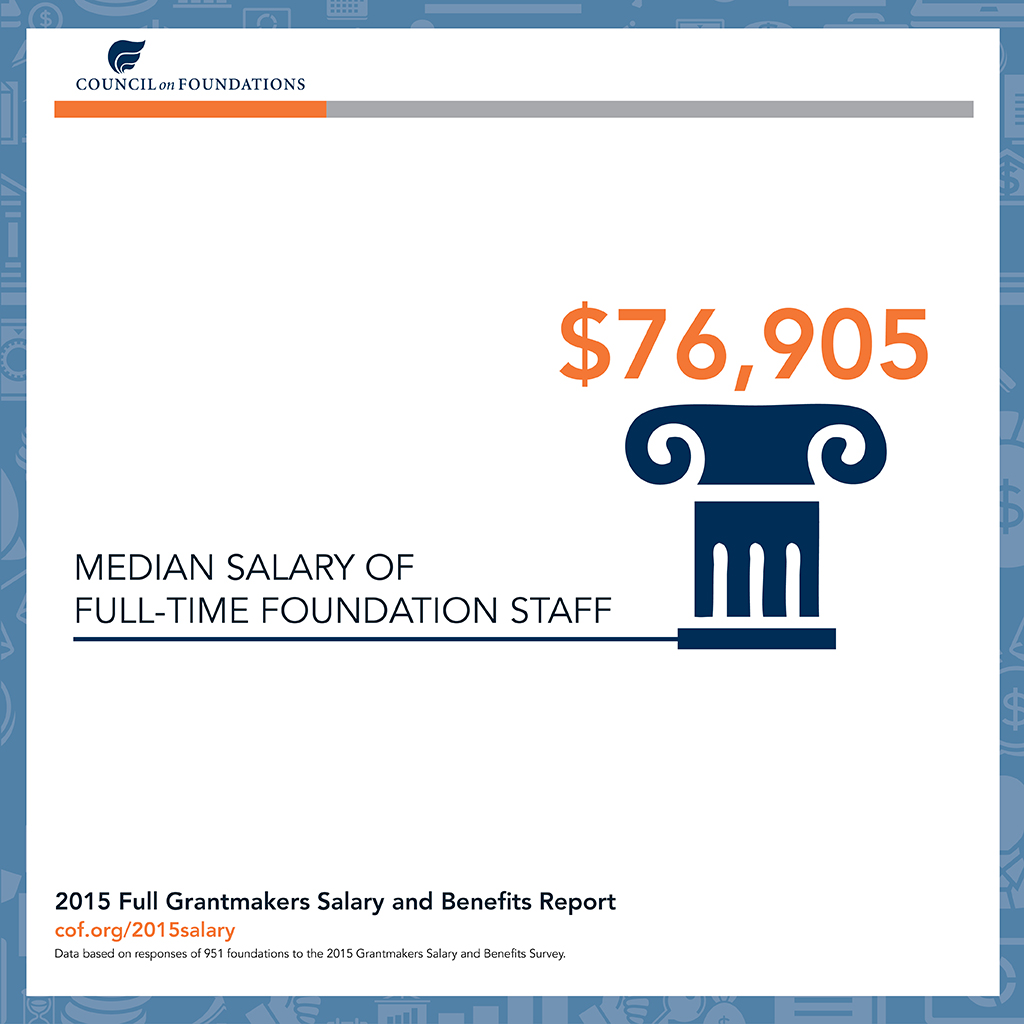 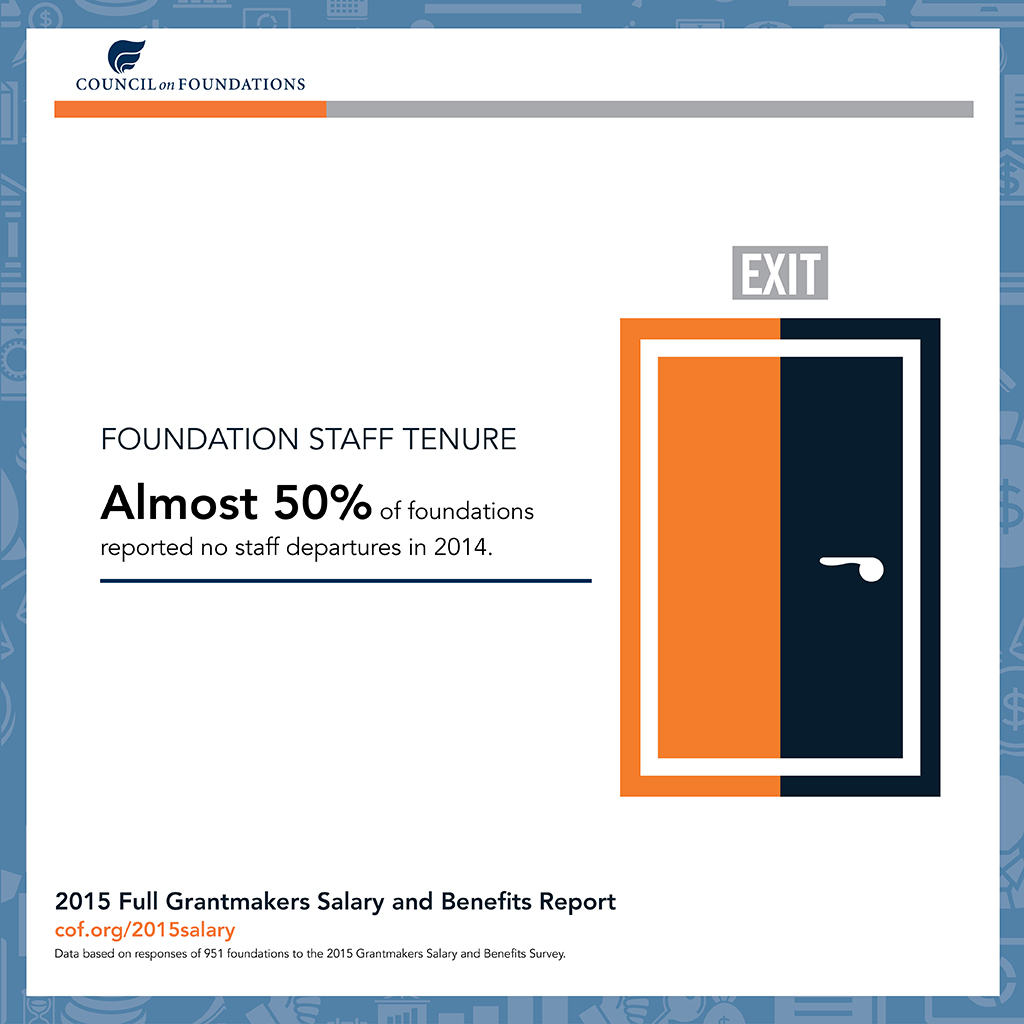 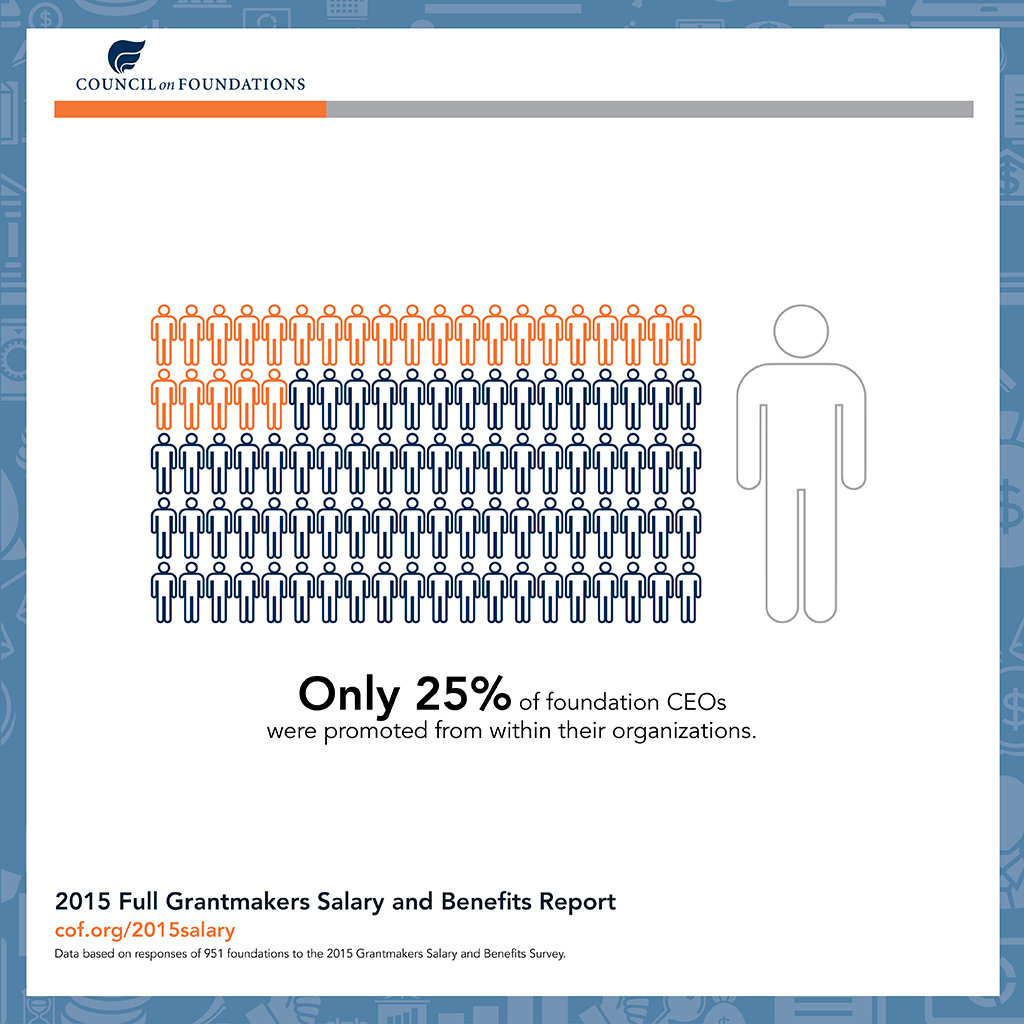 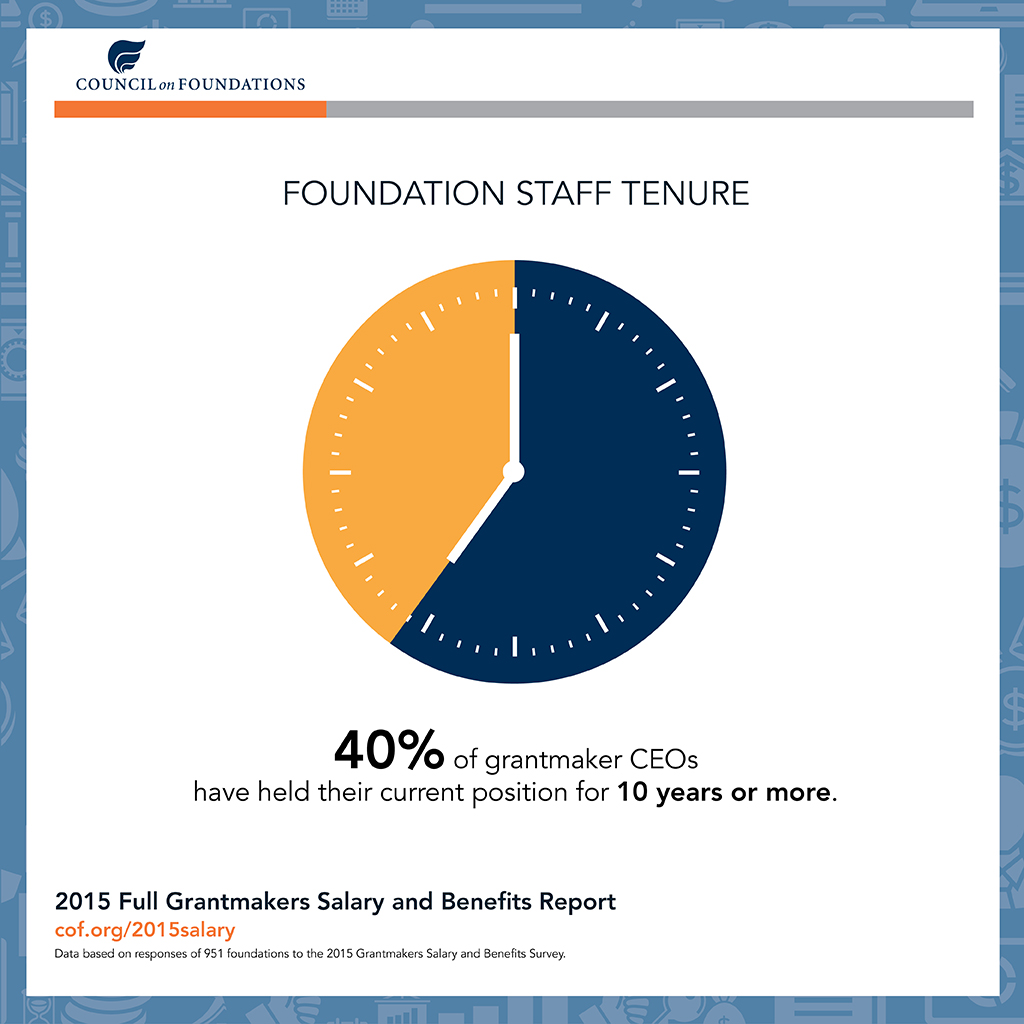 About the Council on Foundations

An active philanthropic network, the Council on Foundations (www.cof.org), founded in 1949, is a nonprofit leadership association of grantmaking foundations and corporations. It provides the opportunity, leadership, and tools needed by philanthropic organizations to expand, enhance and sustain their ability to advance the common good. With members from all foundation types and sizes, the Council empowers professionals in philanthropy to meet today’s toughest challenges and advances a culture of charitable giving in the U.S. and globally.