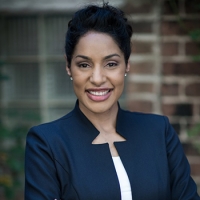 Brennan Gould is the president and CEO of the Charlottesville Area Community Foundation – a grant maker whose mission it is to drive positive, sustainable change in Charlottesville and surrounding communities. Prior to becoming president, Brennan served as director of the Foundation’s grant-funded programs, gaining national recognition for her work to create the Foundation’s Heal Charlottesville Fund, formed immediately after the August 2017 white supremacist violence in Charlottesville. As a passionate public and human service leader, Brennan also worked as a District Liaison to former U.S. Congressman Tom Perriello of Virginia. While on staff, she led efforts to connect local governments, nonprofits, and community leaders in 22 localities with federal agencies and public grant resources. Brennan holds a degree in philosophy from the University of Iowa and is a distinguished Ron Brown Scholar, Davidson Fellow Laureate and graduate of the Council on Foundations Career Pathways Program.