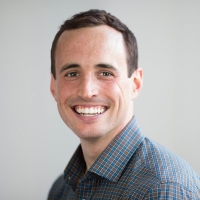 Connor Diemand-Yauman is the co-founder and chief executive officer of Philanthropy U, the award-winning organization that launched the first-of-its-kind free online learning platform called Philanthropy University. His academic research on improving learning outcomes has been cited in over 160 academic articles and covered by The Economist, The New York Times, and BBC International. He is the recipient of the Pyne Prize, Princeton University’s highest undergraduate distinction, and was selected for Forbes 30 Under 30.

Prior to Philanthropy U, Connor launched and led the B2B business at Coursera, an edtech company providing universal access to classes from top universities and companies. Before Coursera, he created and starred in “Speak Smart News,” a children’s educational program in Northeast Asia distributed to 10 million middle school learners, and taught primary school and teacher training programs in South Africa, Kenya, and South Korea.

He is the founder of Own What You Think, a national campaign focused on bringing accountability into the way we interact and behave online, and received his yoga teaching certification from Yoga Vidya Gurukul in Nashik, India. He is a featured contributor for Alliance Magazine and The Huffington Post.