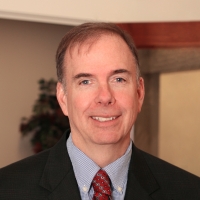 David resides in Grabill, Indiana with his wife of 34 years, LuAnn.