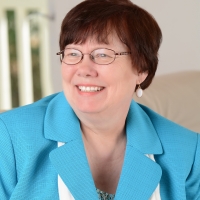 Community Foundation of the Lowcountry

Denise K. Spencer has served as President and CEO of the Community Foundation of the Lowcountry (Hilton Head Island, SC) since August of 2006, after serving for over 12 years as the President/CEO for a community foundation in mid-Michigan. Prior to that role, she worked almost 20 years as an administrator and academic advisor for Central Michigan University, where she also did both her undergraduate and graduate work. Since her arrival, the Community Foundation has undertaken several new strategic efforts, streamlined its governance structure, embarked upon a $3 million public/philanthropic partnership to provide sewer connections for low-income individuals, led a recovery and rebuilding effort following Hurricane Matthew, grown to up to $63 million in assets, and proudly saw the Foundation surpass $60 million in giving since its birth in 1994. Within the Council on Foundations, she has served as a community foundation Standards Peer Reviewer as part of a nationwide initiative of standards compliance in the field.