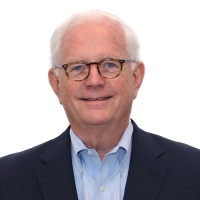 Gene Cochrane is the former Interim President & CEO of the Council on Foundations. He is also a past member of the Council’s Board and the retired president of The Duke Endowment.

Gene’s career with The Duke Endowment spanned 36 years; first, as a Program Officer in their health care section, developing grants for non-profit hospitals and health care. He eventually became the Director of Higher Education where he directed the grant program area that supported Duke University, Davidson College, Furman University, and Johnson C. Smith University. For the last 11 years of his time at the Endowment, he served as President and made a lasting impact on one of the nation’s 30 largest private foundations.

Gene currently serves on the UNC University Press Advisory Board, the Charles Cannon Foundation Board, and the Charlotte Mecklenburg Library Foundation Board. He served on the Board of the Council of Foundations from 2012-2018, where he was the chair of the Finance and Investments Committee, and he has been an active leader in numerous county, state, and national organizations and boards, including the Kate B. Reynolds Trust and former board chair of Grantmakers In Health. He was board treasurer of the Southeastern Council of Foundations and a founding board member of the North Carolina Network of Grantmakers. He was also a visiting scholar at The Murdock Trust in Vancouver, Washington, in 2017.