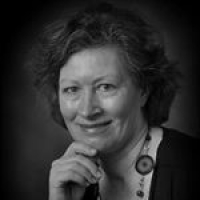 The Community Foundation for Ireland

Prior to joining The Community Foundation for Ireland in 2010, Jackie was Chief Executive of Philanthropy Ireland from 2007 and previously held a number of senior roles in the Irish Business and Employers Confederation, including Director of Social Policy. A former Director of the Ireland France Chamber of Commerce she was nominated as Chevalier in the Ordre National de Mérite in October 2001. She was an Executive Board member of Inter Trade Ireland 2000-2007, a Board member of the Digital Hub 2000 to 2009 and is currently on the Board of Young Social Innovators. She was awarded an M. Litt (Master in Letters) in June 2014 by Trinity College for her research dissertation “Towards building an understanding of female philanthropists in Ireland”.