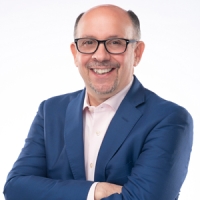 Jamie Merisotis is a globally recognized leader in philanthropy, education, human work, talent development, and public policy. He has been Lumina Foundation’s president and CEO since 2008. Merisotis is the co-founder and former president of the nonpartisan, Washington, D.C.-based Institute for Higher Education Policy and served as executive director of a bipartisan national commission on college affordability. He is the author of two widely-acclaimed books, Human Work in the Age of Smart Machines, and America Needs Talent, and is a frequent media commentator and contributor. A member of the Council on Foreign Relations, Merisotis serves as Governor of the Ditchley Foundation in the UK and as trustee for several other local, state and national organizations. He is the former chair of the Council on Foundations in Washington, DC and the Children’s Museum of Indianapolis, and holds honorary degrees from several colleges and universities.