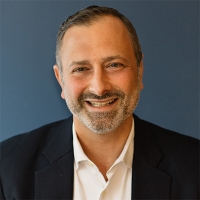 John Hecklinger leads Global Fund for Children. Prior to joining GFC, John served as chief network officer for GlobalGiving, where he established partnerships to drive GlobalGiving’s growth as a globally networked organization. Before taking on that role, John was GlobalGiving’s chief program officer, heading the team that identifies effective nonprofits around the world and helps them make the most of GlobalGiving’s support and services, and he previously led corporate partnership efforts as GlobalGiving’s business development director. An information industry veteran, John led GlobalGiving’s efforts to improve the global philanthropic information ecosystem through projects such as BRIDGE (Basic Registry of Identified Global Entities). Prior to joining GlobalGiving, John headed partnership efforts at CARFAX Vehicle History Reports, creating a network of thousands of content providers in North America, and served as a Peace Corps volunteer in Bangui, Central African Republic. He holds a master’s degree in English from the University of Florida and a bachelor’s degree in English from the University of Virginia.