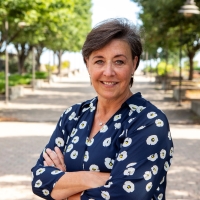 Mason Rummel joined the James Graham Brown Foundation in 1989 and was elected its president in 2010 and its CEO in 2017. Prior to moving to Louisville, Kentuckyin 1988, she was a political appointee for the Reagan Administration from 1983 to 1988.

Mason holds aMasters of Arts in Philanthropic Studies at Indiana University’sLilly Family School of Philanthropy.  She received her B.A. in English from Sweet Briar College, VA.