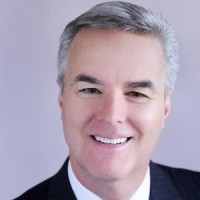 Over the last fourteen years, Randy has been instrumental in several collaborative initiatives. Currently he serves as Co-Chair of NM Counts 2020, a two-year state advocacy and action plan developed by the New Mexico Census Funder Collaborative, of which he also serves as Co-Chair. The work’s mission is to assure all New Mexicans are counted in the 2020 Census. Another key collaborative effort is “Healthy Neighborhoods Albuquerque,” a place-based wealth initiative. The project seeks to bring area “anchor institutions” together to affect significant economic and workforce development, primarily through a focus of buying, hiring and contracting locally

Randy’s work in philanthropy has garnered state, regional and national attention with his involvement in the work of the Council on Foundations. He served as the President of the National Standards Board for Community Foundations prior to being elected to the Board of Directors for the Council in 2017.

Randy is a multi-generation native of Albuquerque, New Mexico, married with four children and five grandchildren.  He is an attorney, holding Juris Doctor and Bachelor of Business Administration degrees.