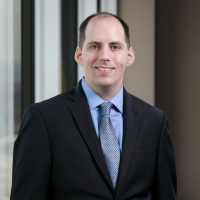 Stephen Sherman joined SECF in 2017 as Research & Data Manager. Previously, he worked with the Foundation Center's Atlanta office, including serving as Atlanta Lead. In this role, he was responsible for managing the library's collection of materials on fundraising and nonprofit management, providing in-depth resource consultations for patrons, and overseeing the day-to-day operations of the office.

He has been active in the Atlanta community teaching programs on grantseeking and proposal writing and has presented for numerous conferences, nonprofit groups, and library workshops. Stephen also served as the Atlanta office's liaison to the local grantmaking community and has been closely involved in past research initiatives with the Southeastern Council of Foundations and Georgia Grantmakers Alliance.

Stephen is currently president of the Special Libraries Association-Georgia Chapter and enjoys volunteering with a number of other local professional groups and nonprofits. He holds a bachelor’s degree in history from the University of Virginia and a master’s degree in library science from the University of North Carolina at Chapel Hill. Stephen lives just outside Decatur with his wife, Becky, and daughter, Elena.