A Transformational Gift from an Unexpected Source

Guy David Gundlach’s story of philanthropy is unique. This is not your typical planned giving story involving a long relationship between a donor and a charitable organization resulting in an estate gift dedicated to a specific cause. It is the story of a businessman with global interests who left the vast majority of his entire estate, totaling nearly $150 million, to his hometown of Elkhart, Indiana through the community foundation. Adding to the unique nature of this story, Gundlach gifted his fortune to the Elkhart County Community Foundation (ECCF) undesignated. 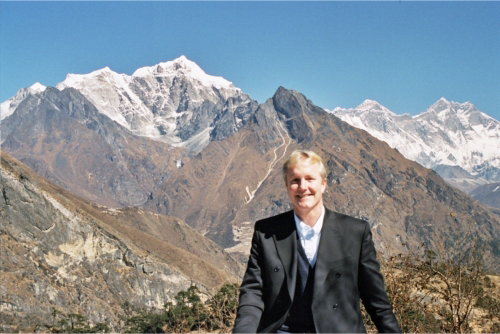 In my role as ECCF’s newly appointed President, I first met Gundlach in the summer of 2011 while he was in Elkhart visiting his mother. Gundlach’s attorney, Mike Pianowski, who was a member of the ECCF board of directors at the time made the introduction. In fact, Gundlach was friends with a few of ECCF’s board members, including Elizabeth Borger, who ultimately served as the Personal Representative of the estate.

During this introductory meeting Gundlach disclosed his decision to name ECCF in his estate. I did not press him on the estate details but rather explored his charitable goals. Gundlach was evasive, telling me “Kiddo, as I understand, the foundation exists to do good here in Elkhart. It seems to me you and your board are better qualified to decide what to do with my money than I am.” Three months later Gundlach would die of a heart attack at the age of 56 leaving nearly his entire estate to the community foundation.

Complexity of the Gundlach estate

As estates go, this one was complex. At the time of his death Gundlach owned 11 luxury homes around the world. There were bank and investment accounts in various international locations. In addition, the estate held 15 automobiles, including a Ferrari, Rolls Royce, two Bentleys, and a Porsche; a collection of artwork, including works from Picasso, Dali, Renoir, Miro, Chagall, and Yuroz; royalty rights to a movie Gundlach produced in 2010 entitled “Get Low” starring Robert Duvall, Bill Murray and Sissy Spacek; and a handful of other investments and loans. For more than a year a team of attorneys, accountants, property managers and administrators worked toward settlement of the estate. They were skillfully led by the Personal Representative for the estate, Elizabeth Naquin Borger, who had been a family friend of Gundlach. Borger is also an emeriti board member of ECCF.

For many who hear of Gundlach’s story the question invariably posed is “Why?” Why did this worldly businessman leave almost all of his estate to his hometown's community foundation? Borger has come to her own conclusion after spending nearly two years intimatelyinvolved with Gundlach’s life and personal matters. “It is a love story between a boy and his mother," says Borger. “David’s mother, Marjorie Gundlach Swift, still lives here in Elkhart in the same house in which she raised David as a boy. David may have travelled and owned real estate in many places around the world but ‘home’ was always Elkhart where he returned regularly to visit his mother.”

Going from a $50m foundation with $10m in discretionary endowment to a $200m foundation with $160m in discretionary assets was a paradigm shift for ECCF. Our immediate response, as a board and administrative staff, was to schedule a planning retreat to consider the implications Gundlach's gift would have on our organization and the county we serve. First, we planned our immediate public message and media strategy. We made certain all board and staff members were on the same page with consistent talking points. Humility and transparency with our organization's image and mission were of key importance.

We then compiled our findings from both research efforts and presented them at three public meetings. To provide a philosophical foundation for such a transformed organization, ECCF's board adopted six Guiding Values to inform our conduct in the years ahead, the first Value being that ECCF will maintain an openness to all community ideas and requests from not-for-profit organizations serving the citizens of Elkhart County. However, based on the Listening Tour's findings, the Foundation will also focus and prioritize resources around transformative grant-making in the areas of youth development and quality of place.

It should be noted that during this year-long research period we maintained our existing administrative structure and grant process. Furthermore, we disciplined ourselves to research, listen, deliberate and assess as we incrementally increase our grant budget from $500,000 to $8.0m between 2012 and 2016.

Lessons to be learned?

As community foundation leaders, what possible lesson(s) can the field glean from ECCF's experience?

Second, recognize there are windows of opportunity for messaging your organization and drawing in new donors. It may be the appointment of a new president or the celebration of a special accomplishment. In our case it was the energy and curiosity surrounding the Gundlach gift followed by the ECCF board’s decision to reduce the fund administration fee and increase the ECCF matching program -- which have both enhanced interest in and giving to the foundation. Rather than Gundlach’s sizable gift discouraging additional donations, it has served as a catalyst for more generosity. If fact, ECCF has grown by another $40m since Gundlach’s gift.

Third, realize others are evaluating your stewardship of gifts entrusted to your care. We have worked hard to be viewed as trustworthy stewards cloaked with humility. For this reason others we find others are drawn to ECCF. I would encourage you to publicly recognize and thank all who support your cause as often as possible. Make certain they are included and celebrated in the announcement of any transformative event.

Peter McCown is President of The Elkhart County Community Foundation.

Advice from the Field: Responding to Mass Casualty Events