The Council on Foundations was proud to recently sponsor and participate in the George W. Bush Institute’s Stand-To National Veterans Convening, a summit focused on veteran transition.

Through the summit, held June 22 and 23 at the U.S. Chamber of Commerce in Washington, D.C. the Bush Institute wants to take discussion and turn it into action, recognizing as we do that the more than 45,000 philanthropic organizations, government programs and initiatives, large and small corporations, and millions of individuals committed to improving veterans’ quality of life don’t always align their efforts, which can create confusion and gaps in service to transitioning veterans and their families.

As part of the summit, the Bush Institute’s Military Service Initiative brought together more than 70 partner organizations across sectors in task force groups on June 22 that then presented their priorities and solutions during panel discussions on June 23. Council Senior Director for Policy and Partnerships Stephanie Powers represented the Council on the Health and Wellbeing Task Force.

Participation in the summit was natural for the Council, which has long believed that it is our nation’s duty to serve those who have served. Knowing it takes robust cross-sector partnerships to accomplish this goal, we annually convene funders committed to supporting veterans and military families from the philanthropic, corporate, and government sectors in order to establish best practices in grantmaking and share information, research, results, and lessons learned.

We also proudly supported our members two years ago as several of them initiated the Philanthropy-Joining Forces Impact Pledge, which raised almost $283 million to support veterans and military families, especially those who had been deployed to combat in Iraq and Afghanistan. 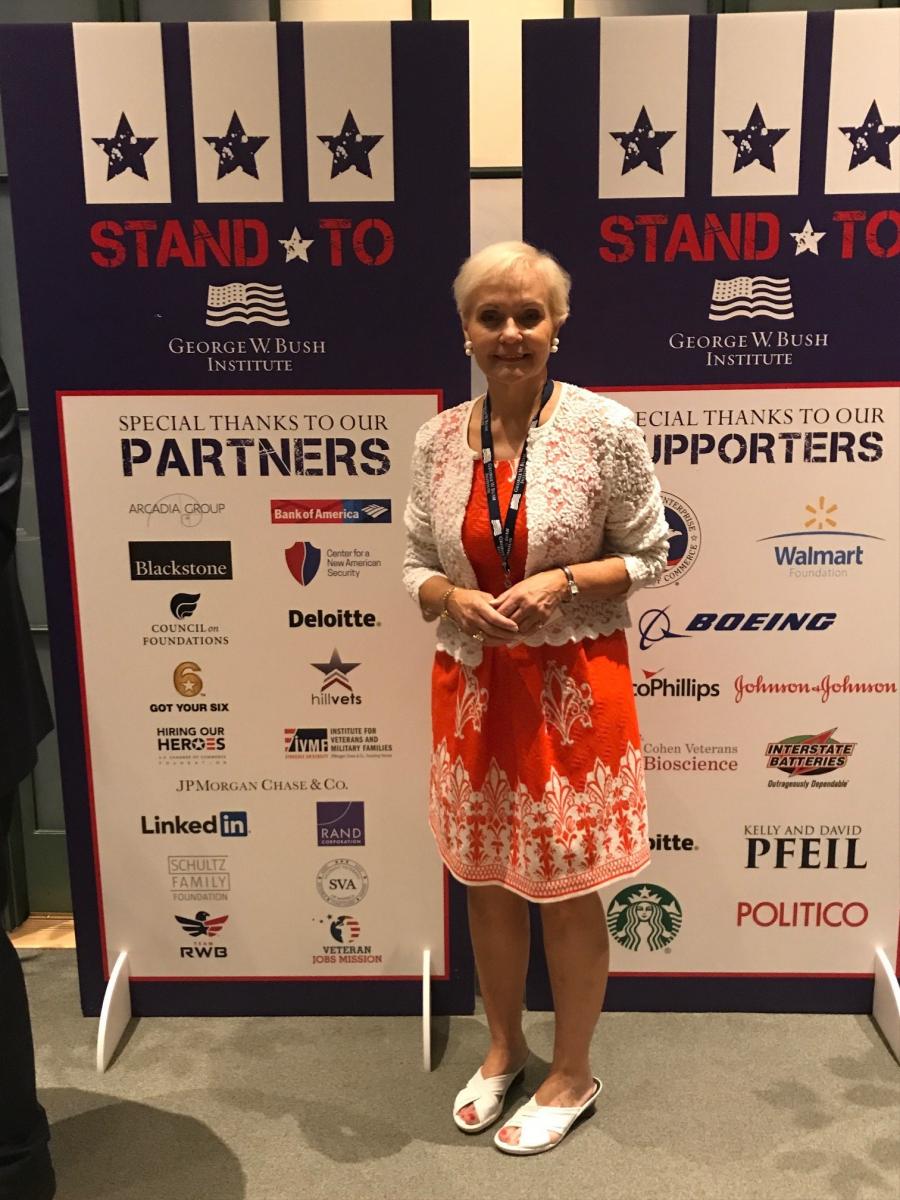 Stand-To was an inspiring convening. From the veterans who shared their moving stories, to the opening remarks from President George W. Bush, which were both humorous and serious, and later Mrs. Laura Bush’s discussion of the need to better support children and caregivers as well as veterans, to the task force presentations on ensuring veteran transition success through the lenses of health and wellbeing, education, and employment, the day covered a lot of ground. One presentation featured U.S. Secretary of Veteran Affairs David Shulkin. Later participants heard from a congressional panel on veteran issues and the view from Capitol Hill with U.S. Senator John Boozman (R-AR) and U.S. Representative Tim Walz (D-MN).

A few key points stuck with me, which I thought I’d share here:

For more information about the findings from the Stand-To convening: http://gwbcenter.imgix.net/Publications/Resources/Stand_to_collaborative_document-1.pdf