Since I joined the Council in early 2016, I have fielded many requests from community foundations (CFs) seeking support and guidance in facilitating international grants, often due to growing interest from members of their community in supporting causes overseas. At the Council, we’ve witnessed first hand this growing trend of global grantmaking by CFs but never had data on the field to understand the scale of international giving by community foundations in the U.S. until now.

The Council, in collaboration with the Foundation Center, is delighted to release the first-ever analysis of international grantmaking by U.S. community foundations in our new report, Local Communities Global Reach. Using the Foundation Center’s dataset of 1,000 of the largest U.S. foundations from 2010 to 2014, the report analyzes international grants made by U.S. community foundations, which included 10,533 grants amounting to $697 million. 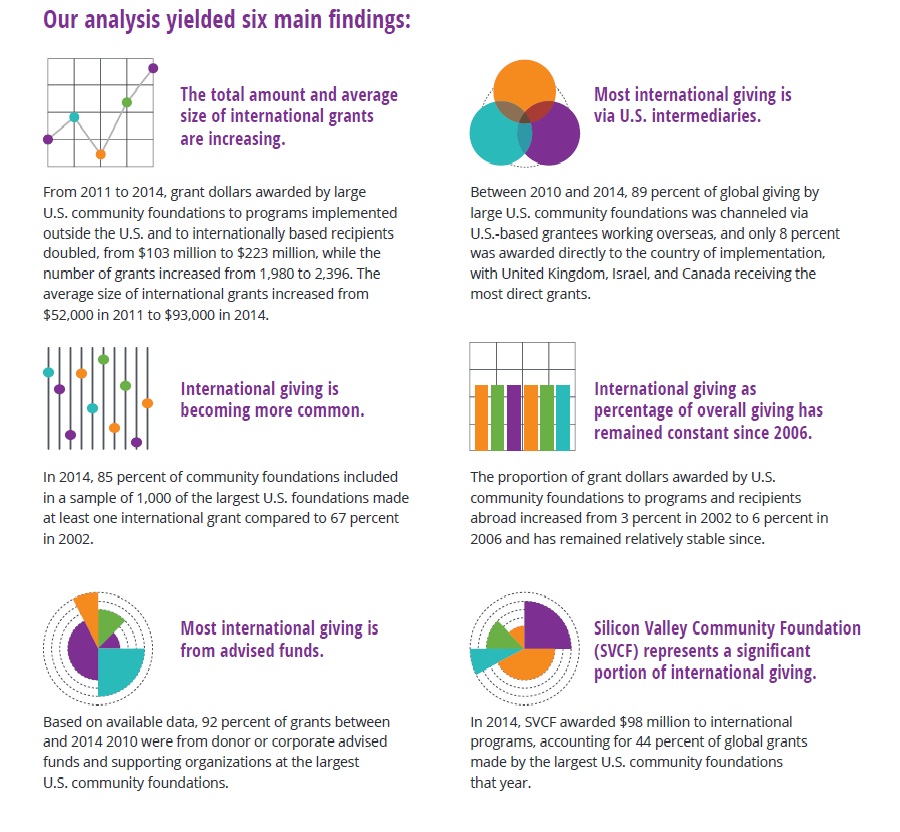 We look forward to working with community foundations that choose to give internationally—please be in touch if you have questions about how to make grants globally, are interested in learning more about non-U.S. CFs who could be your partners around the world, or want to connect with other CFs working globally to share about pricing, operations, or programmatic concerns.