- Take urgent action to combat climate change and its impacts - 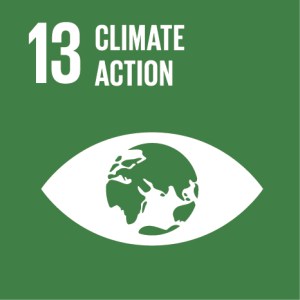 This post is part of our blog series: 17 Days, 17 Goals. The blog series features foundations working on all 17 Sustainable Development Goals leading up to the first anniversary of the SDGs. The Council on Foundations Sustainable Development Goals & Philanthropy initiative is in partnership with the United Nations Foundation and SDG Philanthropy Platform. Find us on social media with #PhilSDGs.

What are some of the targets?

Protecting the diversity of nature and the natural systems upon which all life depends is a key part of the mission of the Wallace Global Fund. The Fund recognizes the ecological collapse of global climate change as an existential issue for humankind and believes the philanthropic sector is poised to address this issue in independent and innovative ways.

For the Wallace Global Fund, that includes focusing on three areas of work to protect the environment:

Beyond grantmaking, Wallace Global Fund is also aligning its investments with its grantmaking missions. The Fund set ESG (Environmental, Social, and Governance) criteria for its investments. These goals and requirements include researching new energy technologies, promoting access to water, and divestment from fossil fuels. By the Q2 2015, the Wallace Global Fund portfolio is 100% free of fossil fuels.

In 2011, Wallace Global hosted a group of college students and environmental activists to design a campaign to push divestment out of coal on college campuses in the US, modeled after the anti-Apartheid movement of the 1980s. Within a year, divestment campaigns were underway on 50 campuses. Divest-Invest has brought hospitals, cities, pension funds, universities, faith groups, foundations, and individuals into direct climate activism.  Ahead of the 2014 UN Climate Summit, more than 800 institutions and individuals announced their commitments to divest from fossil fuels—for a total of over $52 billion in fossil-free investments. Wallace Global continues to lead support for the divest-invest movement.

"We are the first generation to be able to end poverty, and the last generation that can take steps to avoid the worst impacts of climate change. Future generations will judge us harshly if we fail to uphold our moral and historical responsibilities."

By comprehensively pursuing its mission to combat climate change, the Wallace Global Fund is leading the way on Goal 13: Climate Action.

Please read more about the amazing work of our member:

Practice and Purpose of Policy: A Training for Community Foundation Leaders

From Global Goals to Local Impact