- Conserve and sustainably use the oceans, seas, and marine resources - 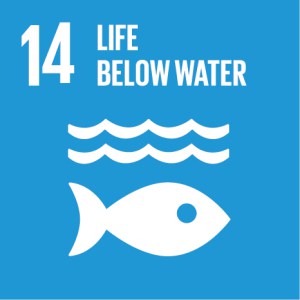 This post is part of our blog series: 17 Days, 17 Goals. The blog series features foundations working on all 17 Sustainable Development Goals leading up to the first anniversary of the SDGs. The Council on Foundations Sustainable Development Goals & Philanthropy initiative is in partnership with the United Nations Foundation and SDG Philanthropy Platform. Find us on social media with #PhilSDGs.

What are some of the targets?

Water is one of the key focus areas of the Coca-Cola Foundation's funding. The foundation looks at the whole water cycle, funding programs to improve the sustainability of ocean, surface, sewage, and drinking water. This wholistic approach works towards targets and indicators in Goal 14: Life Under the Sea and also Goal 6: Water and Sanitation.

Since 1995, the Coca-Cola Foundation has partnered with the Ocean Conservancy to clean up trash from the seas. In addition to granting millions of dollarst, Coca-Cola moblilizes more than 16,000 Coca-Cola system associates, their friends and family in 21 countries each year  to roll up their sleeves and clean up trash along more than 250 miles of coastal areas, highlighting how both employee volunteering and corporate philanthropy work together towards Goal 14. Coca Cola has also funded efforts to restore coral reef habitats around the world.

As a company, Coca-Cola also has a cross-cutting set of commitments to sustainability by 2020. These include a goal to recover 75% of the bottles and cans introduced into developing markets and another to source 25% of its PET plastic bottles from renewable or recycled sources. These efforts are aimed to reduce the pollution of the world's oceans, much of which is plastic waste.

The Coca Cola company and foundation both work across goals and targets within the SDGs, and utilizes both the company's core business and corporate philanthropy to help conserve and sustain life below water.

Please read more about the amazing work of our member:

Practice and Purpose of Policy: A Training for Community Foundation Leaders

From Global Goals to Local Impact